It’s been a year since the GoPro Display Mod was announced and it’s finally here. Now it’s time to do a GoPro Display Mod review. With more and more people jumping on the vlogging band wagon GoPro has proven to be a company that carries fantastic products targeting vloggers and novice videographers.

With the release of the GoPro HERO9 Black it is uncertain whether or not this will be a popular product since the HERO9 has a front facing screen. This GoPro Display Mod Review is meant to show interested people what to expect from the product and whether or not it will be a suitable product for buyers.

WHATS IN THE BOX 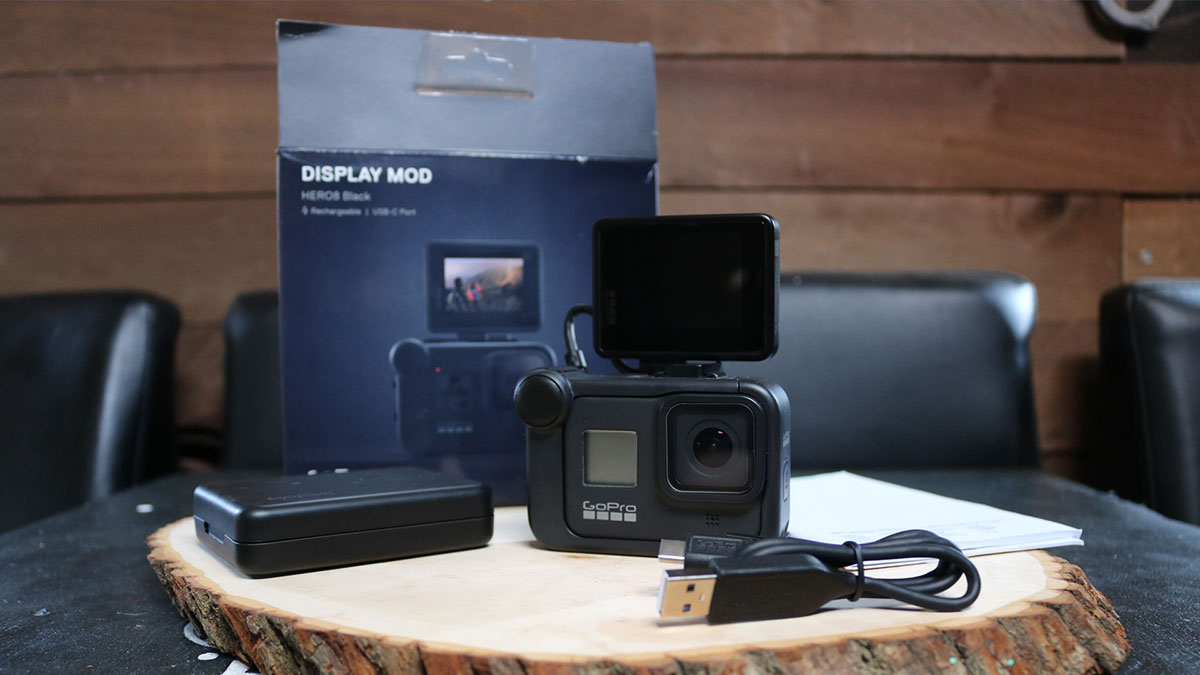 Inside the box you’ll find a manual, the display mod, a case for the display mod, and a USB-C cable that is used to charge the device. The internal battery has a run time of 90 minutes before it will have to be recharged.

The display mod screen measures 2” diagonal and has a resolution of 480×320, which is the exact same size as the GoPro Hero8 Black rear display.

The first thing you’ll notice when you take the GoPro display mod out of it’s case is that it has a USB-C port on the side as well as a power button. The micro-HDMI cable extends from it as well so that it can be connected to the media mod. Keep in mind that you have to purchase the media mod in order to use the display mod.

THE DISPLAY MOD IS COMPATIBLE WITH THE HERO8 AND HERO9. 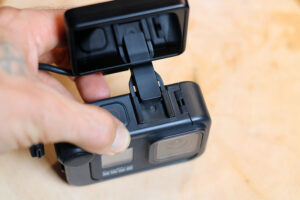 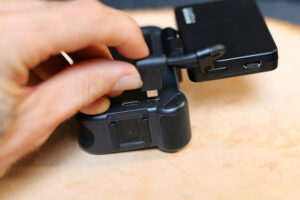 With the GoPro display mod out of it’s case you can go ahead and slide it onto the media mod until it’s nice and firm. Then plug the micro-HDMI cable into media mod. The cable is a bit longer than what it needs to be so you’ll have to use the provided cable clip to position the cable as needed.

After you have it all plugged in and set up it’s time to turn it on.

Go ahead and hold down the power button on the display mod and you should first see the GoPro logo pop up. Next you’ll see an icon that lets you know that it isn’t connected. Now turn on your GoPro and shortly after you should have a fully functional front facing display. You’ll probably notice that the display mod has a battery indicator on it in the upper corner. Unfortunately that is the only icon displayed on the display mod. 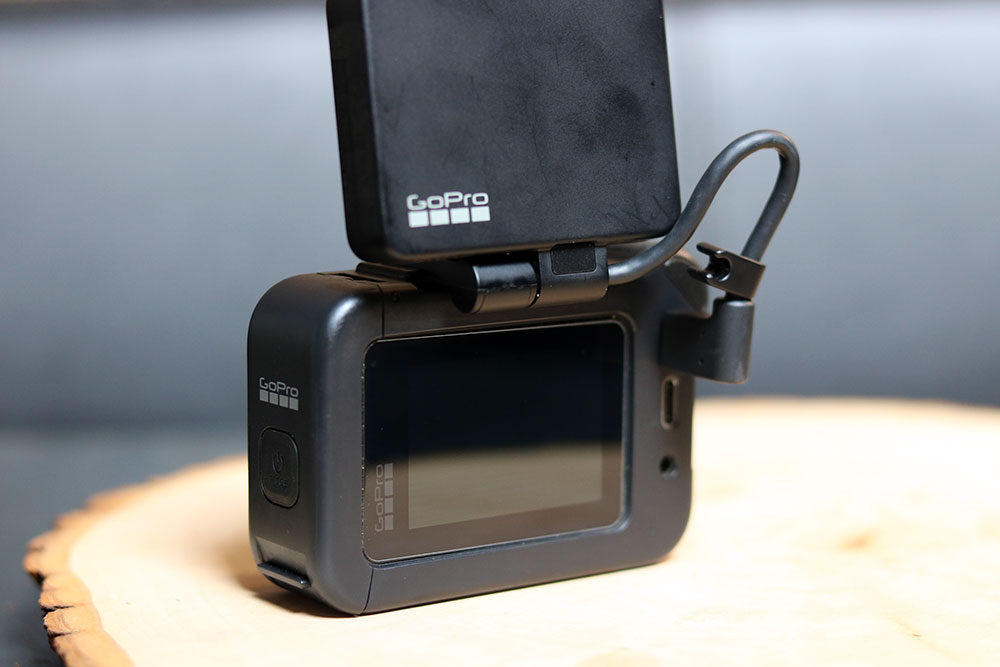 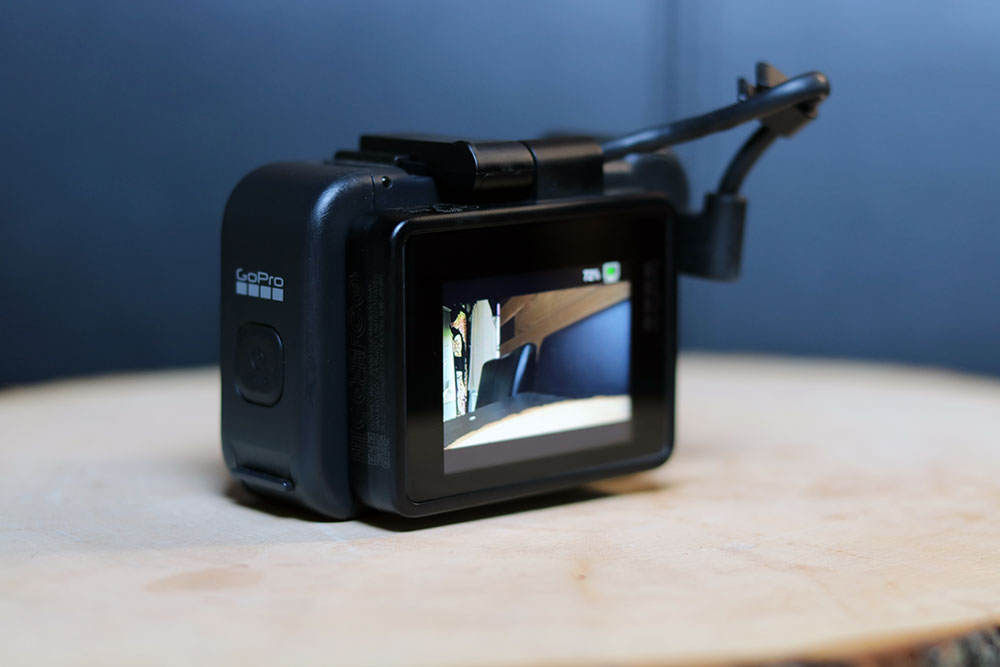 I feel as if GoPro rushed this product or didn’t take the time to perfect it. With some software updates to improve functionality, dual-display support, and a touchscreen this would make a great product. Unfortunately it’s just a simple add-on display to make vlogging easier.

For users out there that already own a GoPro HERO8 Black or a GoPro HERO9 Black I would recommend getting this product if you’re the type that records yourself frequently. If you only use the GoPro to obtain “unique” shots and you’re not much of a face-to-face vlogger then I don’t see a point in purchasing it.

Although the GoPro display mod lacks certain features I see myself using it frequently since I’m use to using a bulky DSLR camera. The GoPro is much smaller and easier to carry for vlogging. This is a great addition to my vlogging arsenal.

The Future for Digital Nomads in 2021

Luke - January 25, 2021 0
We are all noticing that the future for digital nomads in 2021 is looking to be more appealing after the events of this pandemic....

How to Make a WiFi Jammer with Raspberry Pi 3

How to Install ALFA AWUS036H on Windows 10

I'm a digital nomad living life on the road traveling in my skoolie creating content on the go.
Contact us: luke@thedigitalnomadguy.com

How to make money traveling full-time in 2022

The Future for Digital Nomads in 2021